Hurricane season officially began on June 1 and continues until November 30. At this point, we are well into the season, which NOAA predicted back in May would be “active.” NOAA expects a likely range of 13 to 20 named storms, of which 6 to 10 may become hurricanes, including 3 to 5 major hurricanes (category 3, 4, or 5) is expected. NOAA provides these ranges with a 70% confidence based on underlying weather conditions. We have had five named storms, one hurricane, and no major hurricanes so far during the 2021 season. If the NOAA predictions ring true, then much activity remains for 2021. In fact, September tends to be the most active month of hurricane season with as many named storms historically as both August and October combined. 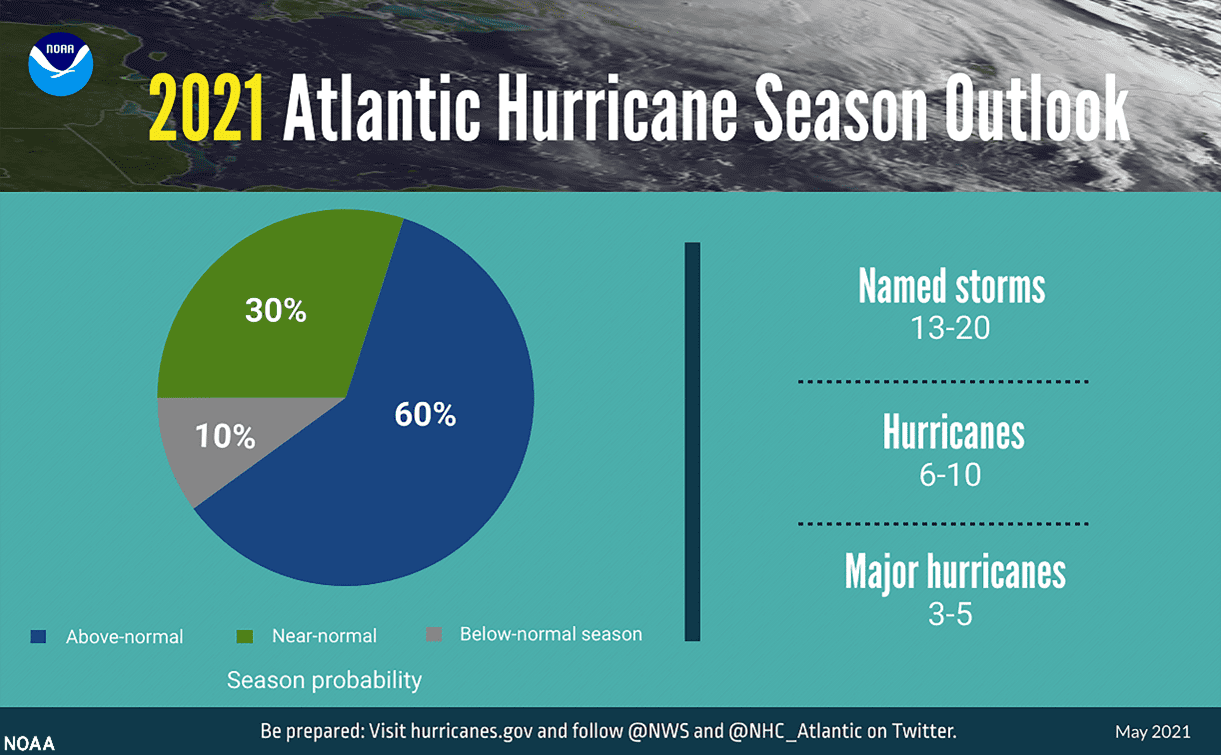 In order to better alert homeowners to the increased potential for property damage, NOAA began to establish a list of areas most prone to damage from a hurricane each year. The below map identifies areas of the country most susceptible to damage from a hurricane. Notable locations at risk include Miami, FL, Cape Hatteras, N.C., San Juan, Puerto Rico, and New Orleans, LA. Real estate markets are tight in these markets in 2021.

Hurricanes cause significant property damage that costs both homeowners and insurers alike. Whether it is water and wind damage, hurricanes result in damage that often puts homeowners out of their homes for an extended period. As a result, homeowners need to take mitigation measures to minimize damages. A recent article identified hurricane-resistant building techniques and details how these help minimize hurricane damage. The below installation suggestions are helpful in new construction and remodels.

Homeowners need to heed the warnings that the 2021 hurricane season is young. Based on NOAA’s predictions, it is likely that 2021 will still have at least a few major hurricanes. By taking basic precautions, homeowners can minimize both property damage and future premium increases.