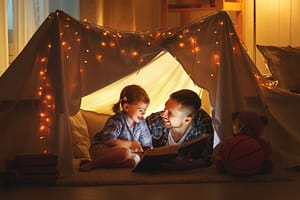 After growing up in Denton, North Carolina, Aaron was accepted into the NC State University School of Design. He had learned design and woodworking from his father, who worked in a local furniture factory, but he also learned that the integrity of his crafts mattered the most to his customers. Aaron began college with a passion for design but realized that his real passion was in being an entrepreneur.

Graduating from NC State with his degree in Economics, Aaron worked as a Sales Representative for both a furniture rental company and corporate housing company. In 1992, Hurricane Andrew struck the southeast as a powerful category 5 hurricane. Thousands of families were displaced, and the idea to provide relocation services to insurance adjusters began forming in Aaron’s mind. Four years later, Aaron moved to Atlanta, GA, got his realtors license and began contacting insurance adjusters to offer his expertise.

Two of Aaron’s closest friends were overwhelmingly supportive of his dream and would become instrumental in establishing Temporary Accommodations (TA) as a successful business. Tommy Chapman graduated from UNC Charlotte with his degree in Civil Engineering. His persistence in paying attention to details earned the loyalty of every customer. Chris Baldwin was a Systems Coordinator for Coca-Cola, and worked at Troutman Sanders, LLP, before joining TA as our VP of Technology. He created databases and perfected processes for TA.

In 1998, an F2 tornado struck Atlanta and did more than $100 million worth of damage. TA assisted dozens of families and their adjusters in navigating the relocation process. The adjusters were so impressed with the detail-oriented service they received; TA was given the opportunity to become a national vendor for one of the largest insurance carriers in the US. After just two years in business, the team truly began to grow, and Aaron moved the TA headquarters to a new office building in the Lindbergh neighborhood of Atlanta.

Hurricane Katrina was one of the first major catastrophes for which TA mobilized its catastrophe response team. Shortly after it was safe to travel to New Orleans, TA delivered trucks full of rental furniture to the area. One of the biggest challenges for TA is locating housing after a catastrophe when the supply of housing has decreased, and the demand has increased. To respond to this challenge, TA began partnering with mobile housing companies in strategic areas of the country. In 2006, TA also innovated the relocation process by partnering with national hotel chains to provide displaced policyholders with same-day accommodations.

Soon after our Catastrophe Response Team began responding to disasters, TA brought Dr. Raymond Shelton on board to assist with employee training. Dr. Shelton is a Fellow, and Director of Professional Development, with the National Center for Crisis Management, the American Academy of Experts in Traumatic Stress. Each new class of TA CareTAkers is trained in how to handle traumatic stress when they begin working at TA. Dr. Shelton also leads Continuing Education courses for Insurance Adjusters, sponsored by TA.

In 2009, Temporary Accommodations hired Mike Leslie as our Vice President of Sales and Marketing. Mike had previously worked as the Vice President of Sales for Loomis Fargo Company. His expertise helped TA sign our second national account, and required TA to begin hiring across all departments to keep up with the needs of our clients. One of the employees hired during this time was Laura Delpiano, a recent graduate from Georgia State University.

Laura worked in our hotel department before being promoted to Director of Customer Care in 2017. As new companies entered the temporary housing market, TA began negotiating better deals with major hotel chains and offered discounts to all of our clients. Laura helped streamline our hotel processes at TA, allowing us to increase the level of service we provided our customers without increasing our costs.

Temporary Accommodations released TA ClaimTrak in 2011, which was the first real useable technology platform designed for property adjusters to track and manage their temporary housing claims online. Chris Baldwin continued to develop this technology, and integrate it with existing TA databases to provide adjusters real-time notifications as their policyholder’s housing requests were processed. Shortly after the release of TA ClaimTrak, TA signed the largest insurance company in America as a national account. In the Spring of 2020 TA released TA InsuredTrak, a Progressive Web App that allows policyholders to manage the temporary housing portion of their property claim online.

Our partnerships continue to be of vital importance to our team. Temporary Accommodations has continued to provide adjusters with exemplary service while using our Catastrophe Response Team to respond to crises such as the Camp Fire, Hurricanes Florence, and Michael, as well as major tornado outbreaks in the South and Midwest. Now as part of Sedgwick, the temporary housing division continues to respond to these catastrophes, but with more resources and an expanded approach to support.  The colleagues at Sedgwick’s temporary housing division consistently get to welcome new teammates to the Atlanta office as we continue to provide a vital resource for insurance carriers facing disasters. 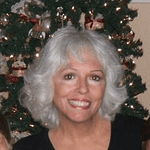 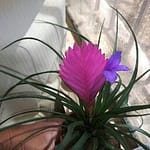 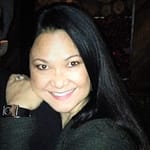